If you are looking for a new compact excavator of 5 tons, Kobelco has just entered the arena with its next-generation ks45srx-7.

The new machine has all the attributes of Shengang performance x design concept, providing the same quality, feeling and comfort as the company’s large excavator model.

Using the standard arm, you can reach a maximum height of 18 feet 10 inches. The maximum range of the ground is 18 feet 8 inches. The excavation depth reached 11 feet 3 inches.

All of these are packaged in a 6-foot-5-inch wide package with a compact tail swing that can be operated in confined spaces such as urban or residential sites.

The standard arm is 5 feet 1 inch long and comes with a pre installed thumb stand.

Compared with the previous 6e series, Kobelco improves the hydraulic performance of sk45srx-7, making it faster and more efficient.

The new hydraulic system can reduce the excavation cycle time by up to 7% without reducing the speed, even when heavy load or uphill. The redesigned walking motor increases the walking speed by 5%.

Other hydraulic advantages include smoother operation and improved flatness. The integrated flow pump system allows the operator to take advantage of the additional output of the third pump, which otherwise powers the swing and bulldozer circuits. This additional output is directed to the boom and boom to increase power during excavation for fast and smooth lifting operations, even under heavy loads.

When you need to level your site, it is equipped with floating two-way bulldozer blade as standard.

A common feature of the performance x design family is that the blade profile ensures that the soil dumps forward when pushing, rather than falling behind the blade. It usually takes only one pass to clean up the site.

A four-way (power angle) bulldozer with a float can also be selected.

In the energy-saving mode, sk45srx-7 adopts S mode, and the fuel consumption is 26% lower than that of H mode. It is equipped with automatic deceleration switch as standard.

The structure of sk4srx-7 has been strengthened by the large cross-section of boom, boom and swing support. The bolt tightening pin firmly locks the boom to prevent the top of the boom from opening laterally.

In the cabin, the bulldozer can be controlled by an ergonomically designed lever, which is easier to grasp, and the first and second speed switches have been repositioned to improve mobility. Another feature of performance x design: improved ergonomics, enabling the operator to move the lever horizontally without twisting the wrist, and the increased wrist support keeps the operator’s forearm in place, reducing fatigue and achieving stable operation.

Notice: Published shipping news is just part of all shipping news. Most news stay between client and us for privacy. 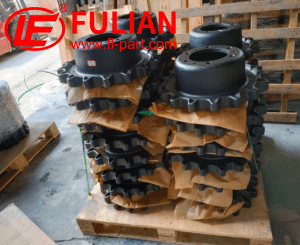 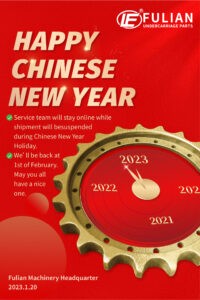 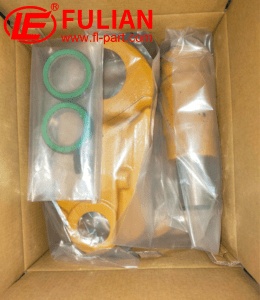